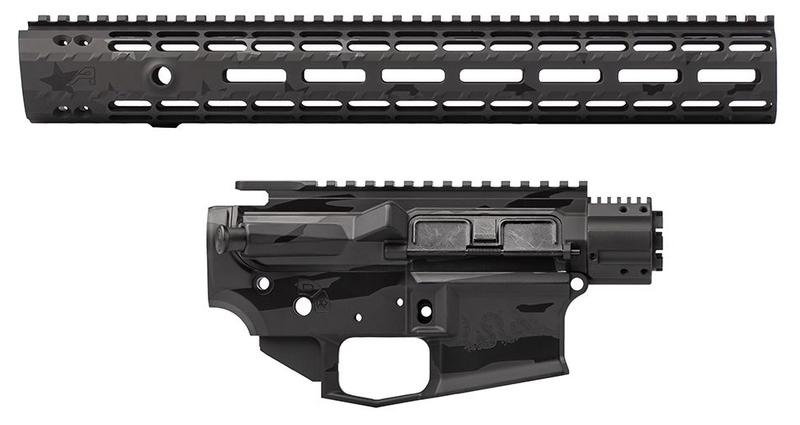 This inclusion to the 2022 Independence Day Builder Set lineup features a subdued American Flag Cerakote pattern applied by Weichel Precision Coatings. A contrasting matte and gloss black really make this set stand out from the rest.

Each 2022 Independence Day Builder Set is coated utilizing on of our special edition Franklin Snake Lower Receivers. This lower receiver features Benjamin Franklin's political cartoon "Join, or Die" engraved on the magwell. This design was created in 1754 to represent the need for unification among the Thirteen Colonies later becoming an iconic symbol leading up to and during the American Revolution. The cartoon was used to encourage Colonists to stand together as it was pivotal to the success of the Revolutionary War. This design remains symbolic of American pride, perseverance, and unification nearly 250 years later.

This builder set includes the finished pieces you need to assemble your own Midnight Rider Cerakote M4E1 Rifle. The set includes an M4E1 Enhanced Upper Receiver, M4E1 Lower Receiver and our Gen 2 Enhanced Handguard all with this exclusive finish. This finish is available one time only and in limited quantities, so get it while you can!